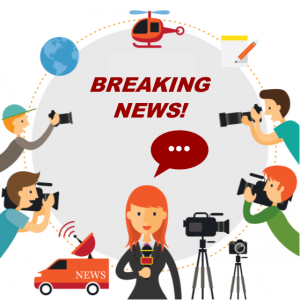 We all know the phrase.  It’s a basic tenet of UK Law and came from the Presumption of Innocence embedded in the UN’s Universal Declaration of Human Rights seventy years ago.  And it has served us well.

In recent times however, there has been a slow creep of ‘naming and shaming’ – especially where celebrities are involved – and long before any judge or jury has delivered a guilty verdict.

The outcome of  the Sir Cliff Richard case further  highlighted this disturbing ‘trend’ of the ‘free’ press failing to acknowledge the presumption of innocence tenet, and, in seeking to engage readers and viewers, overtly not respecting the privacy of the individual who has been exposed.

In his case, Sir Cliff wasn’t even subject to any arrest, but attracted huge media attention.  We saw filmed police raids and helicopter footage of his home.  Remember at this point he was, in the eyes of the law, innocent.

What about public interest?

There are occasions where naming an individual can seen to be in the public interest (and this in itself is a difficult ground, as debated in the Leveson Inquiry into the News of the World phone hacking scandal).  For example, where there is substantial evidence of wrongdoing and, by making it public the police might encourage other victims to come forward and provide additional weight to the case for prosecution.

This has been evident in high profile abuse cases involving football coaching or children’s homes.  But it surely shouldn’t be the role of the media to lead this charge? Since the Cliff Richard verdict, Anna Soubry, MP, has called for a Cliff’s Law – to prevent this from happening.

The impact on the victims wrongly named and accused has been the subject of research.  It has been proven to have often profound effects, emotionally and economically, as well as life-changing, especially in cases of alleged child sexual abuse.

Sir Cliff himself has reported the emotional toll as being a heavy one; he is reported as saying that ‘he doesn’t go near children’ anymore, as he feels ‘forever tainted’ by the allegations made against him.

Television presenter and DJ Neil Fox similarly reported heavy emotional strain as a result of being named after an unfounded sexual abuse allegation. Former minister Leon Brittan died before being able to respond or try to clear his name of false allegations made public in the press.

It was interesting to see the BBC continue to argue ‘public interest’ in a case involving a person not charged of any crime, as a balance against their target’s right to privacy.  And only a couple of weeks ago, a Judge denied the BBC the right to appeal against this ruling.

We hear the arguments surrounding freedom of the press, and it will be interesting to see what changes.  But as reported, the Cliff Richard case really has been a big deal.  An individual’s right to privacy against unwarranted invasion by the media has been given its day in court – and won!